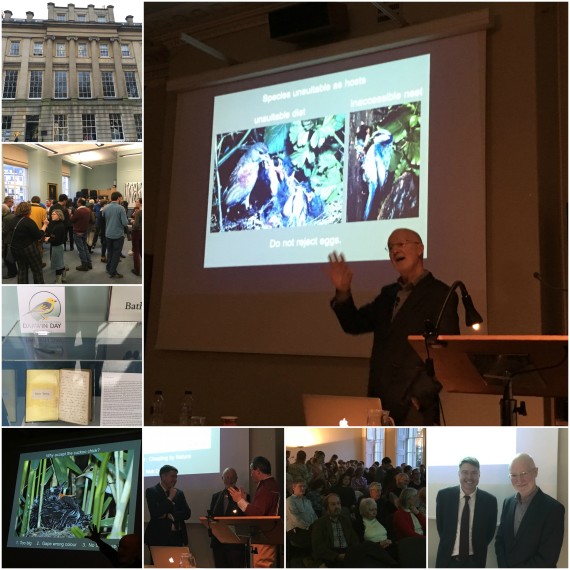 This years Darwin day lecture was delivered by Professor Nick Davies FRS (Cambridge University). In his talk, entitled ‘Cuckoo – cheating by nature’, Prof Davies described one of nature’s most intriguing stories to a packed lecture theatre at the Bath Royal Literary and Scientific Institution. Captivating photographic and video footage showed how some cuckoo species lay their eggs in the nests of other birds and how little warblers are tricked into feeding enormous cuckoo chicks. In his talk, Prof Davies described how 30 years of elegant field experiments have revealed a continuing evolutionary arms race in which escalating host defences have selected for remarkable cuckoo trickery, including different guises in female cuckoos, forgeries of host eggs and manipulative begging by cuckoo chicks. This is a fascinating corner of Darwin’s “entangled bank” where organisms are continually adapting to keep up with changes in their rivals. Many thanks to all those who helped to make this event such a great success.